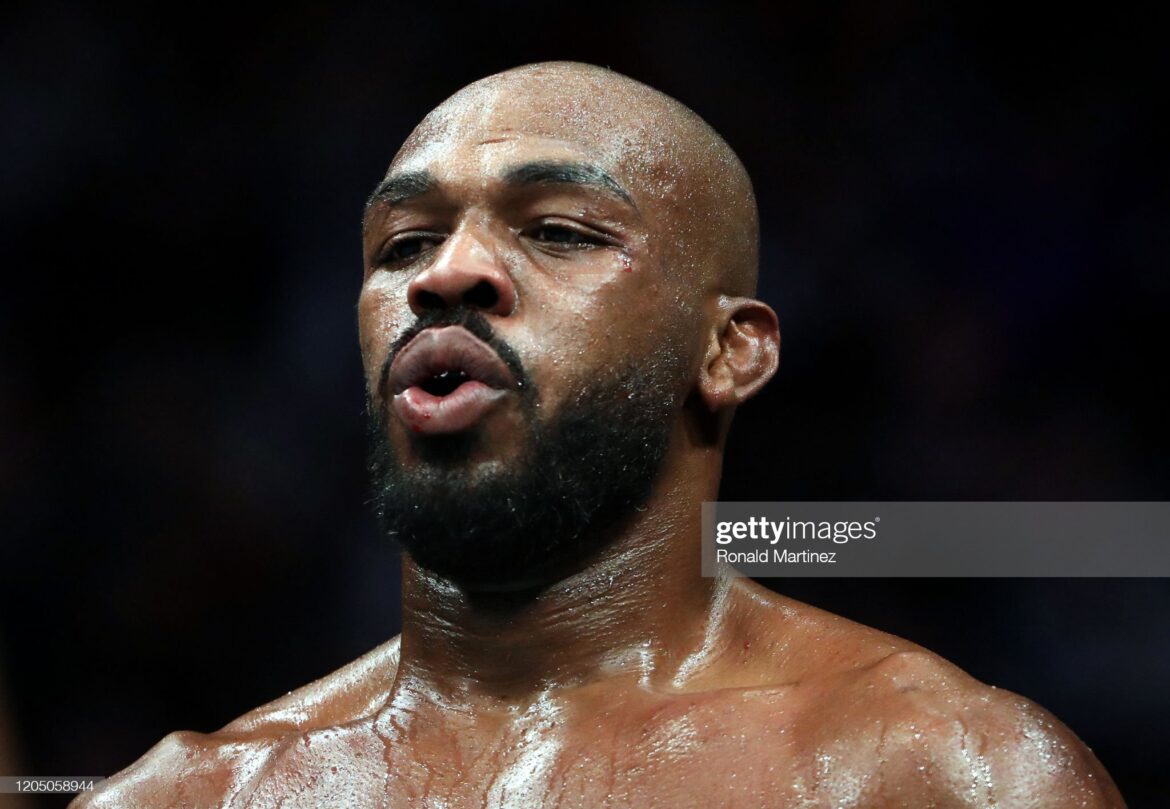 HOUSTON, TEXAS - FEBRUARY 08: Jon Jones in his fight against Dominick Reyes in their UFC Light Heavyweight Championship bout during UFC 247 at Toyota Center on February 08, 2020 in Houston, Texas. (Photo by Ronald Martinez/Getty Images)

Jon Jones won’t be stepping foot inside a UFC cage in 2022, according to Dana White.

“I’m hoping that we get him early next year or in the spring,” the promotion president told The Mac Life. With that, White pumped the brakes on rumours that Jones would return at UFC 282 in December. Earlier this week, MMA Fighting reported that the UFC was interested in pitting Jones against heavyweight champion Francis Ngannou or Stipe Miocic.

With Ngannou sidelined recovering from a knee injury, now it appears the potential bout with Miocic has fallen through too.

The former light heavyweight champion, now 35, has been bulking up for a much anticipated move to heavyweight for the past two years.

White’s words appear to backup MMA Fighting’s report, with sources telling Ariel Helwani that the organization would instead look to place Jones on UFC 285 in March.

The UFC president also discussed his plan to schedule Khamzat Chimaev and Colby Covington during the interview with Oscar Willis of The Mac Life. Their full conversation can be seen below.