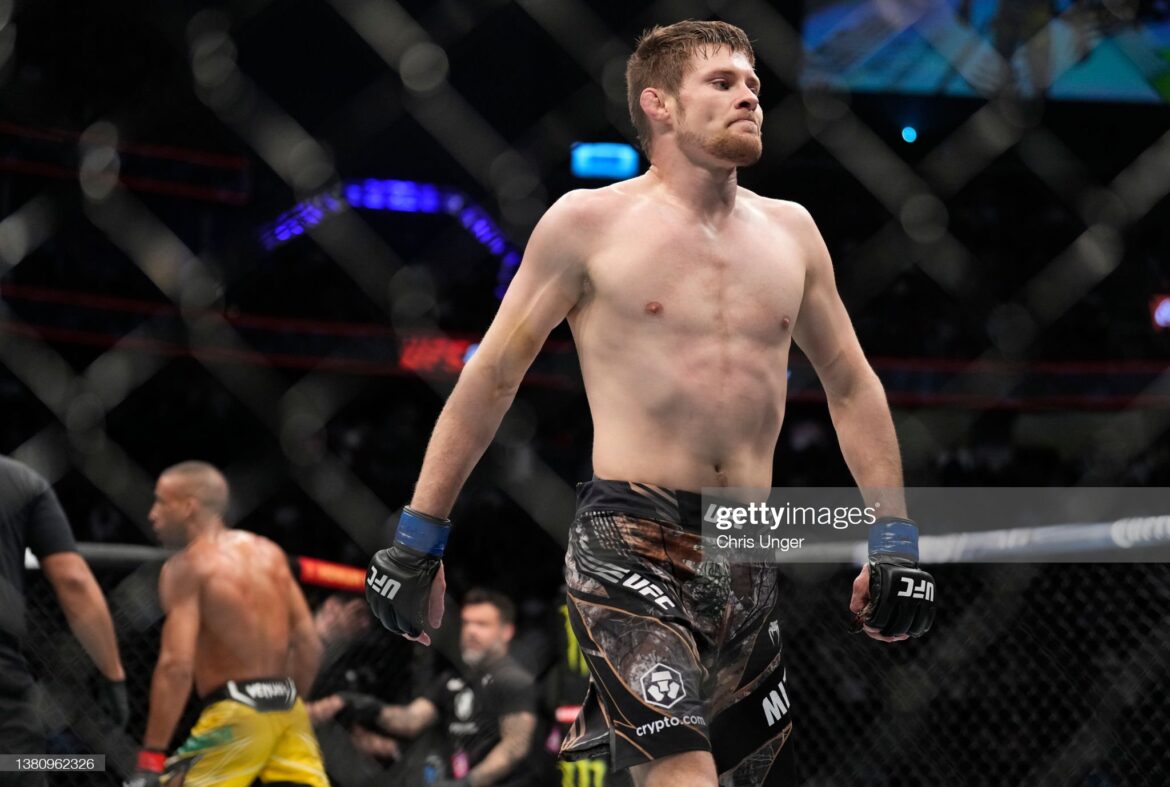 LAS VEGAS, NEVADA - MARCH 05: Bryce Mitchell returns to his corner between rounds of his featherweight fight against Edson Barboza of Brazil during the UFC 272 event on March 05, 2022 in Las Vegas, Nevada. (Photo by Chris Unger/Zuffa LLC)

With the undefeated Movsar Evloev dropping out of their expected main event at UFC Fight Night 214 on November 5, Bryce Mitchell was in need of a new opponent.

In one of the stranger callouts you’ll see, Topuria tagged “Thug Nasty” alongside a picture of his abs in a post on Twitter.

“I see I’m getting called out by Illia Topuria now to fight,” Mitchell said in a video. “He wants to go on Twitter and post a picture of his abs, his little perfect eight-pack or whatever.”

Mitchell added that he’s “been eating peanut butter cookies for three weeks now,” but that’s not going to stop him from getting off the couch to whoop Topuria’s ass.

After starting his UFC career with four straight wins at featherweight, Topuria, 12-0 (4-0 UFC), made the move to lightweight this past March, scoring a performance of the night bonus for his knockout victory over Jai Herbert.

Mitchell, meanwhile, will come into the fight on the heels of a one-sided beatdown of UFC veteran Edson Barboza. One judge, along with numerous media members and a majority of fans, scored the fight 30-25 in the 28 year old’s favour.

With numerous outlets reporting the event as a done deal, it looks like both fighters will put their unbeaten records on the line, live from the UFC Apex in Las Vegas, Nevada on November 5.

Free fight: Alexa Grasso makes it three in a row with rear-naked choke